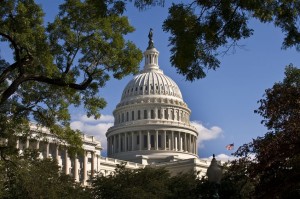 At the beginning of August, the Senate Environment and Public Works Committee approved a new five-year surface transportation bill titled, America’s Transportation Infrastructure Act (ATIA) of 2019. Improving America’s aging infrastructure is something PMAA and WPMA fully support. However, there are certain provisions within the ATIA that trigger cause for concern.

In their latest digital newsletter, PMAA highlights two provisions that might have unintended consequences: Section 1401 and the bill’s focus on alternative vehicle-charging infrastructure.

Section 1401 of the ATIA “would create a $1 billion grant program for states to deploy electric vehicle, hydrogen, and natural gas vehicle-charging stations along alternative fuel quarters.” Industry groups like NACS and SIGMA say this measure could “allow electric utilities to double-dip,” a process by which they charge paying customers to expand infrastructure while accepting grant money for the same project.

We’ve discussed our support of green initiatives in the future. However, the ATIA’s focus on developing “alternative fuel quarters” puts the livelihood of small and medium-sized c-store owners at risk. Under the ATIA’s current plan, large corporations with multiple fuel stations will receive preference for grants, putting small mom-and-pop shops at a major disadvantage.

Preventing the commercialization of rest areas

Not everything is negative, however. Like PMAA, we’re pleased that the legislation doesn’t include any language about commercializing truck stops. As a professional organization, we’ve strongly advocated against this practice in the past and will continue to do so moving forward. The current Surface Transportation bill won’t expire until September of 2020, so it will be more than a year before any of this takes effect.

Hopefully, necessary amendments and changes can be made in the coming months. We’ll make sure to keep you informed. WPMAEXPO 2021 — What to expect
No Responses.