Elevating the demand for biofuels 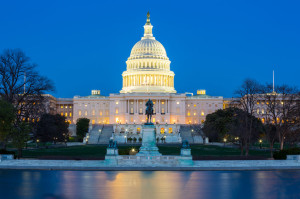 At the end of September, Rep. Cheri Bustos (D-Illinois), introduced a bill known as the “Next Generation Fuels Act” H.R. 8371. The proposed legislation would:

Many in the industry believe E10 could be used to meet the 95 RON standard because of ethanol’s high-octane boost. However, a transition to 98 RON would likely require E10 plus blends, which, according to the Petroleum Marketers Association Of America, would have a negative impact on underground storage tank compatibility systems.

Currently, the proposal is just that — a suggestion, and it probably won’t go any further, at least in its current form. The challenges involved in transitioning to a single high-octane fuel would require a federal mandate. The last time that happened was in 1996, when America transitioned from leaded to unleaded fuel.

In order to pass such sweeping legislation, Congress would have to get involved. The Environmental Protection Agency doesn’t have the authority to implement a transition to a new fuel source nationwide. Even if a federal mandate does occur eventually, it will likely take decades to fully make the switch.

At WPMA we’re following this story closely. The implications of such legislation could have far-reaching effects on petroleum marketers all over the country. What do you think of a 95 RON standard? Are you for or against it? We’d love to hear your thoughts. Visit our Facebook page today to leave a comment.

You can learn more about Rep. Bustos’ proposal by clicking here. Does your filling station stand out from the crowd?
No Responses.